In this study, it was aimed to determine the efficiency of REML, MINQUE and MIVQUE methods, which are frequently used methods in estimating genetic parameters, in the estimation of variance components when the covariance factor is included in the model. Balanced and normally distributed data obtained by simulation were used in the study. A mixed model with both fixed and chance factors was used in the estimation of variance components. Dry period for milk yield and dam’s live weight for birth weight were determined as covariates. In comparing the variance components obtained by the methods, the criteria of having a small environmental variance and a small ratio of environmental variance to total variance were taken as basis. When the methods were compared, the best results for both milk yield and birth weight were obtained with the MINQUE method when the covariate was included in the model. However, the negative variance was obtained with the MINQUE method. In the MIVQUE method, the increase in environmental variance as a result of the inclusion of the covariate in the model was determined as the negative side of this method. In cases where covariance factors were included or not included in the mixed model, the results of the REML method were found to be better and more reliable than the MINQUE and MIVQUE methods when estimating the genetic parameter in the balanced and normally distributed data. 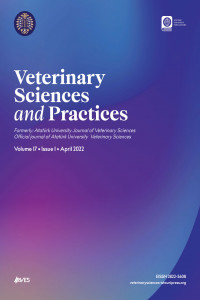