Development of Short Forms of Scales with Decision Tree Algorithms

Scales or surveys are among the measurement tools developed to measure the perceptions of individuals on specified topics. In some cases, the length of these measuring tools may negatively affect the response rates of individuals towards these tools. In this regard, this study aimed to development of short forms of scales by decision trees algorithms. In this way, it can be provided to design short-form measuring tools that perform similar functions and to increase the rate of responses to measuring tools. In the study, predictions were made with decision trees, which are data mining methods. In this context, analyzes were made with decision trees algorithms to obtain short forms of three scales. According to the results obtained, a high level of correlation was found between scales’ short and long forms. Thus, it can be concluded that short forms of scales are suitable for measuring similar purposes. Instead of using scales consisting of 40, 20 and 20 items, expected measurements can be made with at least three and 10 items with appropriate tree algorithms for each scale. Among the suggestions of the study, it is possible to carry out similar studies for frequently used scales. So high participation rates for scales can be obtain. 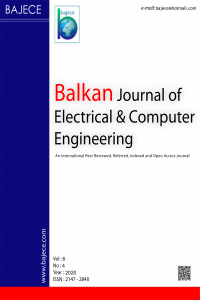 All articles published by BAJECE are licensed under the Creative Commons Attribution 4.0 International License. This permits anyone to copy, redistribute, remix, transmit and adapt the work provided the original work and source is appropriately cited.