We carried out a thorough examination of the structural and electronic features of undoped and Nitrogen (N)-doped ZnO nanoparticles (NPs) by the density-functional tight-binding (DFTB) method. By increasing the percent of N atoms in undoped ZnO NPs, the number of bonds (n), order parameter (R) and radial distribution function (RDF) of two-body interactions such as Zn-Zn, N-N, O-O, N-O, etc. were investigated using novel algorithms. Our results show that the total n of Zn-Zn interactions is greater than that of Zn-Zn, N-N, N-O, and O-O; thus, it means that Zn atoms have a greater preference for N or O atoms. The RDFs of Zn and O atoms increase based on the increase in the content of N atoms. The R of Zn, O and N atoms demonstrate that O and N atoms tend to locate at the center, whereas Zn atoms tend to reside on the surface. The density of state (DOS) indicates that the undoped and N-doped ZnO NPs demonstrate a semiconductor-like behavior that is coherent with measured data. The HOMO-LUMO energy gap decreases from -4.717 to -0.853 eV. n increase in the content of N atoms contributes to the destabilization of ZnO NPs due to a decrease in the energy gap. 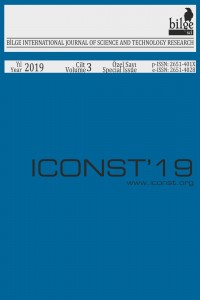