Karayaka sheep is a breed that is valuable in terms of wool and meat quality. Therefore, Karayaka sheep race was used. Research, grown in Tokat who had given birth at least once a deal is made using 100 Karayaka sheep. Sheep were placed with progesterone impregnated sponges for 15 days in January, when there was no estrus. While the sponges were withdrawn, 750 IU PMSG injections were applied per animal. In the experimental group, Misoprostol (Cytotec, Pfizer-USA), which was the Prostaglandin E1 analogue, at a dose of 75 mg / sheep per animal 48 hours after PMSG injection. After waiting for 4 hours it was performed with trans-cervical insemination of frozen thawed semen. Lambing, fecundity and infertility rates were found as 44%, 48% and 56% in natural-mated group and 68%, 108% and 32% in misoprostol group, respectively. Fertility rate was numerically increased in misoprostol group compare to the control animals. Infertility rate was also numerically decreased in the treated group than the control ewes. The results indicated that acceptable fertilization and pregnancy rates could be obtained in estrous synchronized and trans cervically inseminated ewes after misoprostol treatment (p>0.05). 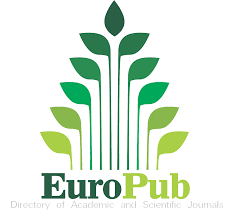