In the present paper, the pollen morphological traits of 4 endemic Silene species: S. duralii, S. ozyurtii, S. anatolica, and S. salsuginea, were investigated using light microscopy (LM) and scanning electron microscopy (SEM). The obtained data were presented for the first time herein. Monad, isopolar, and spheroidal pollen grains were observed as common characters in all of the examined species. Pollen shapes among the investigated species were spheroidal, and the ornamentations were microechinate-perforate. The highest pore numbers were found in S. salsuginea, while the lowest pore numbers were in S. ozyurtii. The interpore distance was greatest in S. anatolica, while it was least in S. salsuginea. As a result of these detailed examinations, the pore number, interpore distance, shape of the pore and position, and microechinae number are more significant characters for distinguishing the studied species. 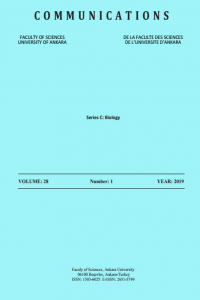