Prevention of Viral Effect and Enhancement of Immune System with the help of Herbal Plants and Himalayan Crude Drugs in SAR-COV-2 Patient; A Review.

After December 2019, Severe Acute Respiratory Syndrome (SAR-COV-2) become a life-threatening issue to the entire human society when it started to spread exponentially all over the world from Wuhan city of China. The virus directly hits the upper and lower respiratory tract of human airways and causes severe damage to the human lung, leading to multiorgan failure, hypoxemia, and dyspnea. Similarly, studies revealed that SAR-COV-2 severely hit the younger and aged population in which the immune system is seriously compromised. The cell of the immune system such as T-cells, B-cells, NK cells, etc. helps to fight against such viral antigen and resist critical viral damage. Therefore, enhancement of the immune system could also be an effective approach to prevent viral infection and even aid in the reduction of the death count. Nowadays, dietary, and herbal remedies are being integrated into the mainstream of the healthcare systems because of their multi-ingredient character, and some of them are known to render efficacy comparable to that of synthetic drug substances. Several studies have also revealed the immune enhancement, the immunomodulatory and antiviral activity of these herbal products in SAR-COV-2 patients. This study was carried out by using Google Scholar, Web of Science, PubMed, Science direct to search the literature related to the use of the herbal product and their actively isolated compound to fight against SAR-COV-2. The study has highlighted the role of several active phytoconstituents present in Himalayan crude drugs that helps to reduce the viral titer in the respiratory system as well as aid in immune enhancement. 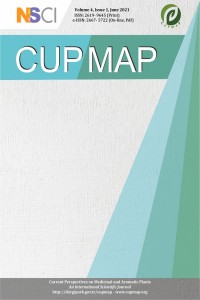