Beginning from the Tanzimat period, the women movements first made progress in educational field and the girls high school (idadî), junior high school (rüşdiye) and teachers schools were opened for the first time in this period. The innovation movements towards women gathered speed in the period of Constitutional Monarchy. The women who studied at these schools opened subsequent to the Tanzimat merged and made women organisations. The movements and the innovation movements towards women were never discussed in the term of Tanzimat. But with the Second Constitutional Era, though the marginal groups in the Ottoman society discussed all the topics from educating women, woman dressing, islamic clothing to marriage and divorce, these discussions didn’t cause big changes. Due to the war conditions in which the Ottoman State were in the period of Constitutional Monarchy, women first began to work as an officer in the Post Office and Finance Ministry. In the period of Constitutional Monarchy, they themselves commenced to utter their rights any more. With the Second Constitutional Era, they began to gain a place in society more. The women studying at the schools opened especially for women education established women associations and worked organizedly in the provinces that they were in, notably in Istanbul. Women’s rights gained importance after the proclamation of the republic. Women have been given miscellaneous rights by the Turkish Civil Code in Turkish history. Some crucial developments towards providing the equality of women and men occurred in Republic Period 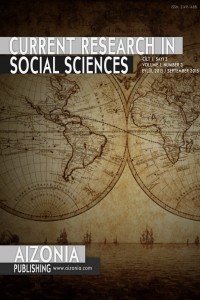