Journal of Design Architecture and Engineering

In recent years, stage design education, which has recently become a branch of interior architecture, has been discussed. “Non-place” is a new concept seen in interior design, architecture and urban architecture. It is being predicted that “non-place” approaches in set design have a positive impact on the reception of the viewer. In this research, "document review" (Islamoğlu, p.228) method, which is one of the qualitative research methods, was used, because television set design, news set design and "non-place" were conceptually examined from the literature. The information obtained was evaluated with the "content analysis" (Böke, 2017, p.344) method, which is one of the qualitative research methods, and the data obtained from the samples selected from the relevant TRT News channel were analyzed by the comparison method. The applicability of the concept of no space in the television studio and the reflection of the method on design education were examined. In this respect, significance of set design education for design has been explored. “Non-place” interior design and set design has been conceptionally examined. Literature survey has been carried out from related sources and data has been analyzed using comparative method. Applicability of “non-place” approach to television studio and its impact on design education have been examined. The applicability of the concept of non-place in the television studio has been examined. It has been revealed that the "non-place" design approach in interior design, architecture and urban design is an innovative, positive approach that overlaps with the content in news set design in TV studios. 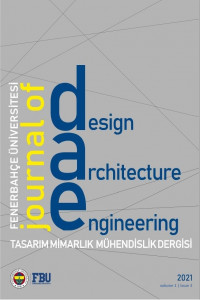