Journal of Design Architecture and Engineering

ON-SITE INVESTIGATION OF THE FLOOD DISASTER THAT OCCURRED ON 11.08.2021 IN THE BOZKURT DISTRICT OF KASTAMONU

This study is about the flood disaster that caused many losses of life and property in the Western Black Sea Basin on 11.08.2021. In the study, the effects of the flood disaster were examined with on-site investigations immediately after the flood. The study focuses on the Bozkurt district of Kastamonu, where the loss of life and structural damage caused by the flood is the highest. By compiling data such as the land structure, vegetation, climate and precipitation measurements of the region, the causes and consequences of the flood were examined, the structural damage caused by the flood disaster was observed, the measures to be taken for the future, the current deficiencies and suggestions were given. With this study, it is aimed to minimize the devastating consequences of similar disasters that will occur in the future. 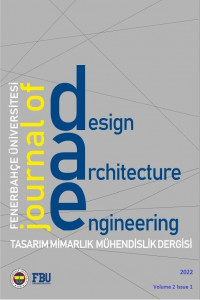