Miḥna (inquisition) is one of the most important events in the history of Islam. The ʿAbbāsid caliph al-Maʾmūn was the one who initiated the miḥna, which emerged as a result of the discussions about whether the Qurʾān was created or not and caused some undesirable consequences in the society. However, although he wanted to start this event earlier, he could not achieve it. Because, there was a scholar of successors’ generation, both the caliph and the society respected him. That person was Yazīd b. Hārūn. His prestige in the society was a result of his scientific accumulation. He took many journeys to science centers and received ḥadīths from the important people of the time, and he had the pleasure of being a student of some ḥadīth scholars who made the first collection in the places where they were. He transferred the scientific knowledge to the notable future ḥadīth scholars such as ʿAlī b. al-Madīnī, Yaḥyā b. Maʿīn, Ibn Abī Shayba and Aḥmad b. Ḥanbal, who would participate in serving ḥadīth. During his lifetime, his fame spread to various regions, naturally, this situation caused ḥadīth students to flock to the place where he lived. Finally, he provided the distribution of ḥadīth science not only to certain centers but also to many parts of the Islamic geography. 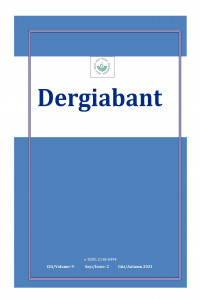