In this study, it was aimed to control the formation of flow regimes planned to be in the gasification process on the model, and the hydrodynamic structure of the circulating fluidized bed gasifier was obtained using the MFIX program. For this purpose, a model was established before pilot scale systems and hydrodynamic modeling was performed by entering the system dimensions that were calculated analytically. Because it is a necessary condition from the point of view of the chemical reaction to ensure the fluid bed regime of the gasifier, which is designated as a solid model, is a necessary condition. For this reason, the system whose geometry was determined and semi-empirical modeling was performed was modeled under previously determined operating conditions using the PIC (Eulerian-Lagrangian) model in the MFIX package program.
In this technique, while fluid behavior is resolved by the Euler structure, particle behaviour is considered by the Lagrangian structure. The numeral effects are in great arrangement with the empiric datum showing that MFIX-PIC methods are reasonable among concentrated gas-solid network simulation. The primary characteristics of gas-solid streams in CFB are qualitatively determined by an ordinary annular flux form inside the main bed. The pressure inclination formed in the gas phase inside the lower and upper zones of the CFB bed column indicated turbulent and irregular gas-solid streams in lower and upper zones. The increased superficial gas velocity conducts to a further dissymmetrical gas axial velocity model, which shows improved effect in the recycling frame for gas homogeneity due to the over gas velocity. The superficial gas velocity obtained as a result of the MFIX-PIC modelling was found to be 7m/s for 100 kWth gas yield in the gasifier. The superficial gas velocity is the most basic parameter to be used both in the experimental parameter and in the thermochemical simulation. 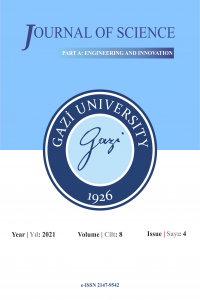