A software was developed to use equipment component frequency data specific to the facility or provided from different sources in lost event probability calculations for risk-based inspection. Corrosion causes equipment aging and loss events in which hazardous substances are released uncontrollably. The API RP 581 Recommended Practise of the American Petroleum Institute is widely used in the calculation of corrosion-based loss event risks for static pressure equipment such as atmospheric tanks, heat exchangers, columns, reactors, and used for basis of the developed software. In API RP 581, the risk of loss event is defined as the product of the probability of failure and the severity of consequence. Equipment component generic failure frequencies are a variable at the probability of failure calculation. Current software use only equipment component generic failure frequencies given at API RP 581. For this reason, establishment-specific equipment component failure frequency data or data that can be obtained from other sources cannot be used. To solve this problem, a software based on API RP 581 methodology has been developed and provided with the opportunity for the user to enter equipment component failure frequency data from different sources. The findings showed that when using data from different literature sources, there are different results up to 1491% in the probability of failures. Since the increase in the probability of the failures will increase the risk, that creates results such as pulling the equipment inspection dates forward, performing more effective and therefore more costly inspections, increasing the precautions and costs to be taken. Therefore, software which are based on API RP 581 methodology should be developed in such a way that different generic frequency data can be used. 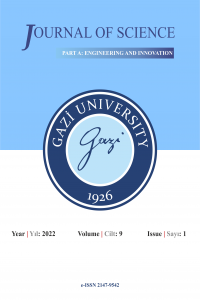