This article examines the underlying nature of the Islamic policy studies tradition as it relates to higher education, as an approach that shares some characteristics with public policy theory in Anglo-American contexts, but also has distinctive differences in values and practices. This includes similarities and differences in the major dimensions of policy studies that serve as a framework: the policy context, policy cycle, policy actors, policy instruments, and decision-making models in relation to the political system and governance. Differences in public policy like any aspect of administration are a function of cross-cultural factors, public administration structures, and higher education used to qualify civil servants. The first section of the paper examines pre-Islamic traditions of governance and higher education in the Middle East region that laid the foundation for subsequent regimes in the Middle East and later influencing the development of governance, policy and administration in the West. The second section examines the development of policy in the Islamic period, identifying those features most distinctive and influential in shaping policy values, participants and processes. The final section compares the models of public policy studies in an Islamic context and the Anglo-American model, demonstrating that many shared characteristics and dimensions exist, but there are critical differences in the foundations, roles, and practices in policy development. 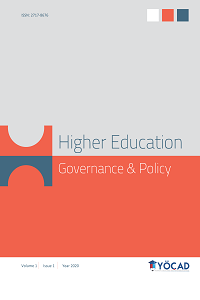