Liquid storage tanks storing liquids such as gasoline and LNG are very important structures. These structures can be damaged because of the loss of strength that may occur due to external influences. It is known that a considerable amount of damage occurred in tank structures, which are one of the industrial structures, happened during the earthquakes occurred in the past. Determining the behavior of the buildings which are under the effect of an earthquake is very important in order to prevent damage to the building during a possible earthquake. The behavior of structures built on soft soils is considerably different from that of structures constructed on a rigid soil. For this purpose, in this study, a steel tank structure was modeled by considering the different soil profiles. During modelling, an elastic spring method was used for the soil while the finite element method was used for the tank and the basic interaction of the soil and foundation structure which are exposed to earthquake loads were examined. Dynamic analyzes were carried out using the time history method by taking into consideration 11 earthquake records having the different properties. According to the results of the displacement and stress values obtained; It was observed that the values obtained in the earthquakes, whose peak ground acceleration and ground velocity are large, are higher than other earthquakes. It was seen that as the soil resistance increases, the strength of the structure increases during earthquakes. 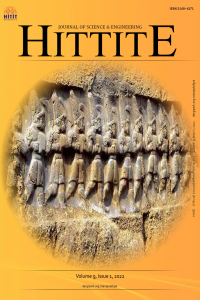