Objectives: In training resonant voice, clinicians rely on listening and feeling sensations that are subjective in nature. In the present study, the aim was to find out if cepstral analysis was sensitive enough to distinguish a resonant voice from an unresonant voice in healthy subjects. It was suggested that the immediate effect of humming exercise could be shown by accompanying higher Cepstral Peak Promince (CPP) and lower CPP standard deviation (CPP SD). Materials and Methods: Study included 20 vocally healty subjects aged between 20-30 years. All the participants were trained Humming exercise by teaching airflow technique. The recording protocol was repeated before and after resonant voice training. The recordings were gathered for the three samples of a) Humming b) A sentence weighted with nasal phonemes and c) A sentence weighted with all- voiced phonemes. Cepstral analysis recordings were gathered by the ‘Kay Elemetrics Group CSL Model 4300B’ equipment via the Analysis of Dysphonia in Speech and Voice software. Results: In both sentences, CPP values were found numerically higher and CPP SD values were found to be numerically lower after training. The difference was found statistically significant for the post-training value of voiced- weighted sentence (p=0.004). Conclusion: The higher numerical CPP values and lower CPP SD values for both sentences after resonant voice training indicated that cepstral measures were sensitive to detect trained/untrained resonant voice. However, these preliminary findings should be investigated in a larger sample size in order to achieve more reliable data. 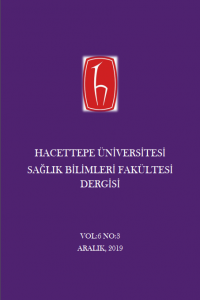