International Journal of Aeronautics and Astronautics

Flying or aviation, which has been a great dream of humanity since mythology, with its historical past that has just exceeded a century, and which is now a natural part of our daily life; is an indispensable phenomenon that has an impact on almost every aspect of life today. Aviation is often expressed in terms of speed, safety, security, comfort and efficiency, thanks to the use of the best practices of technology from the past to the present. Aviation is extremely important in providing the most effective interventions in disasters that cause great physical, social and economic losses on people. Forest fires are a frequent event in Turkey during the summer months, especially in the Mediterranean and Aegean regions, and when evaluated in terms of the extent they have reached in the recent past, they should be handled carefully within the scope of disaster management. In this study, it was aimed to examine the applications of aviation in the fight against forest fires in general and its use, and for this purpose, the role of aviation in forest fires was evaluated within the framework of disaster management. Within the scope of the study, academic publications on forest fires and the publications of authorities, institutions and organizations are considered as secondary data sources. The data obtained were evaluated using the literature review method. In the study, it was concluded that the effective use of aircraft with various features in the fight against forest fires can be extremely beneficial in many areas, from tactical coordination to extinguishing activities, rapid evacuation of the injured, personnel and material transportation, both in the phase of preventing fires and intervening before they grow. 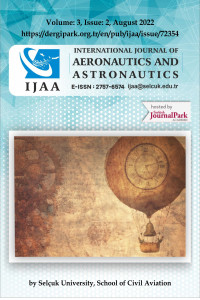