The change in living conditions after the industrial revolution, the migration from the village to the city, and the spread of the construction industry in the form of a reinforced concrete system based on the industrial product brought the end of rural architecture in our country.Today, within the scope of the examination of a house in the village of Ahievren in Malkara district of Tekirdağ province, the construction technology and application details of the building have been determined. The house examined by Ali Öztürk; The thick stone walls surround the building by wrapping the two sides and the back sides of the building with open sofas. The room compartments and the facade of the building are made of adobe filled with wooden roof. Instead of purlin, rafters and under-tile boards with roof cover; In love, larger beams used instead of rafters, a beam layer was put on these beams again and the roof was constructed as a double layer thick layer by using thin logging branches instead of under-tile board. In the application details, the purlin and strut connection are supported with a support piece in the direction of purlin. At the connection point of the post to the ground, a stone that forms a base that can spread the load and spread more than the post was used. In addition, around the building, stones with hollows on which wood planting will be placed were also seen. With the transition to the settled life of people, BC. Since 7000 (Neolithic era) many settlements have been established in Anatolia and Thrace. Considering the housing construction techniques and application details obtained from the excavations from this date, it has been observed that there are similarities in many construction technologies and details used in the Ahievren village house with the neolithic age structures. These similarities can be counted in the form of masonry, the use of wood planting, the merger details in the bottom and top headers of wood planting. These houses in Ahievren village are thought to be special, as examples of the traces of this construction culture that has been moved from the Neolithic age to the present day. In this study, it is aimed to draw attention to providing the necessary support for the protection of the still standing Ahievren village houses. 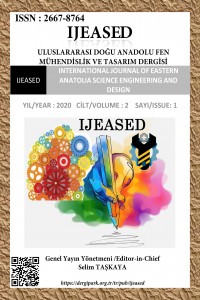