Mardin Deputies and Their Political Activities (2002-2015)

In this study, it has been tried to present the Mardin deputies and their political activities who served in the Turkish Grand National Assembly between 2002-2015. The social, cultural characteristics and political activities of twenty Mardin deputies who served in the XXII, XXIII, XXIV and XXV periods of the Grand National Assembly of Turkey were included and evaluated within this framework. The place of birth, average age, marital status of the Mardin deputies, the foreign languages they know, their educational background, professions and duties, the dates they were deputies and the number of periods, the deputies who served as ministers were examined with the support of tables so that the researchers could benefit from this information. In our study, the ratios of the city of Mardin according to the population of Turkey and the number of deputies between 2002 and 2015 were examined and the legislative activities of twenty Mardin deputies elected in the said period were analyzed. 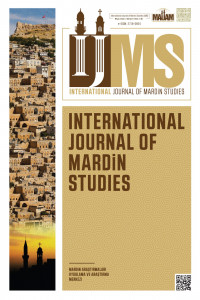