International Journal of Plant Based Pharmaceuticals

Although the incidence of Alzheimer's disease (AD) is increasing in society, unfortunately, no definite progress has been made in treating this disease yet. In this study, the potential of apigenin-7-glucoside (A7G) and luteolin-7-glucoside (L7G) to be used as multi-targeted agents in AD was investigated by molecular docking calculations against the acetylcholinesterase (AChE), butyrylcholinesterase (BChE), amyloid precursor protein (APP) and 42-residue beta-amyloid peptide (Aβ). A7G and L7G exhibited very high binding affinity (-9.42 and -9.60 kcal/mol for A7G; -9.30 and -9.90 kcal/mol for L7G) to AChE and BChE, respectively, while the affinities of these two flavonoid glycosides towards APP and Aβ peptide (-6.10 and -6.0 kcal/mol for A7G; -6.30 and -6.10 kcal/mol for L7G) were moderately strong. Compared to rivastigmine, A7G and L7G exhibited a highly significant binding affinity, even stronger than rivastigmine, for AChE and BChE. Although A7G showed a more drug-like physicochemical character than L7G, both ligands were within the normal range for ADMET and did not show high affinity for cellular proteins, according to the results of SwissTarget analysis. According to the STITCH interaction analysis, both ligands had the potential to inhibit enzymes predominantly in the inflammatory pathway (ADIPOQ, NOS1, NOS2 and NOS3). As a result, A7G and L7G exhibit multi-targeted agent properties in AD. Our results should also be verified by experimental enzyme inhibition studies, which may be performed simultaneously on AChE, BChE, APP, and Aβ peptides. 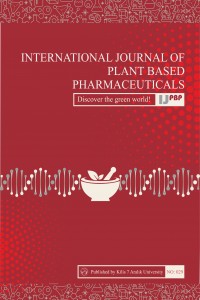