Inonu University Journal of the Graduate School of Education

Teachers’ Opinions About Feedback in The Education System

Purpose: In this study, the feedback in the educational system was aimed to be examined based on teacher opinions.

Design & Methodology: The study was carried out within the context of phenomenological design by adopting qualitative research method. Convenience sampling method was used. In this context, the participants of the study consist of 20 primary and secondary school teachers working in the central districts of Malatya and voluntarily agreed to participate in the study. The data of the study were collected with semi-structured interviews. In the analysis of the data, content analysis technique was used. 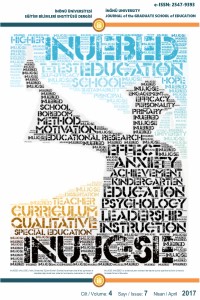