Journal of Faculty of Pharmacy of Istanbul University

The evaluation of CYP3A4 and CYP3A5 genetic profiles in Turkish population

Adverse drug reactions are one of the major causes of death, amounting to the fifth leading cause in the United States, encompassing 100.000 deaths annually. Genetic polymorphism brings about significant inter-individual and inter-ethnic variability in the metabolism of numerous therapeutic agents, which results in differences in the clinical response of therapeutic agents and their adverse effects. Therefore, the crucial factor is major variability in the capacity of the metabolism and detoxification of drugs and other xenobiotics. Unites State Food and Drug Administration (FDA) has highlighted the potential of pharmacogenomic testing to create personalized drugs, and the agency aims to encourage both the public and private sector to develop pharmacogenetic products. Both of cytochrome P450 (CYP) 3A4 and 3A5, which are the most abundant and most important drug-metabolizing enzymes in humans, are responsible for the metabolism of more than 60% of therapeutic drugs. In present study, the genotype profiles of CYP3A4*1B and CYP3A5*3, very common and functional single-nucleotide polymorphisms (SNPs), were evaluated in Turkish healthy volunteers. The genotype distributions did not significantly deviate from the Hardy-Weinberg equilibrium analysis. The recessive allele frequencies of CYP3A4*1B and CYP3A5*3 were 1% and 4% in the healthy group, respectively. According to the obtained results, it may be suggested that the carriers of CYP3A5*3 variant allele should be taken higher doses for the drugs metabolizing this enzyme in Turkish population, while the carriers of CYP3A4*1B variant allele which do not generally have a risk should be taken normal doses. 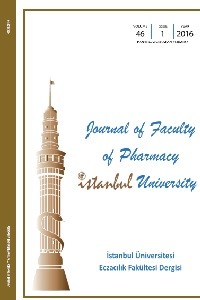