Journal of Faculty of Pharmacy of Istanbul University

This study was made to reveal the plants used as traditional folk medicine in Yüksekova (Hakkari) situated in Southeastern of Turkey. The specimens of the plants used as folk remedies were collected and the information about the local names, the part(s) used, the ailments treated, the therapeutic effect, the preparation, the methods of administration, and the duration of treatment have been recorded. The plant specimens are kept in the Herbarium of the Faculty of Pharmacy, Marmara University. As a result of identification of the plant specimens, 25 species, used as a traditional folk medicine in Yüksekova, were determined. Among them, 18 species were wild and 7 species were cultivated plants. According to the majority of the plants which have similar usages, the plants were mostly used for urinary system diseases, wound, diabetes and stomach diseases. 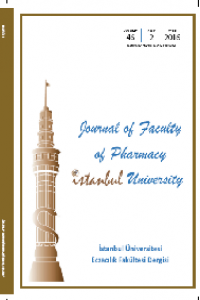