Biorelevant media are used to simulate the physiological conditions in terms of components, pH, osmolality and buffer capacity of the human stomach and intestine in both fasted and fed states  In this study, we aim to apply the biorelevant media to Caco-2 cell lines to investigate the cytotoxicity effects via the cell viability ratio and to compare the solubilizing effects of various dissolution media on a poorly soluble model drug. Flurbiprofen (Biopharmaceutics Classification System, BCS Class 2) was selected as a model drug.

In dissolution studies the pH effects were predominant at higher pH values, while bile salt effects were dominant at lower pH values. The preparation method, bile salts and the phospholipids did not show any additional effect on Caco-2 cell viability. In the cytotoxicity test, fed state media caused an additional 10-15% decrease in cell viability, compared to the fasted state. Similar results were obtained when using the blank of these media which did not include the bile salt or phospholipid. From this, it is evident that this decrease resulted from the pH values, not the components. In conclusion, the cytotoxicity assessment showed that all the biorelevant media were compatible with 70-90% of cell viability for at least 24 h, and this ratio might be increased by modifying the pH. 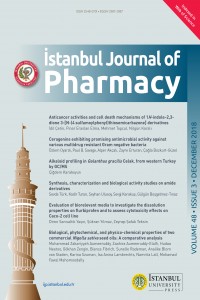