Journal of Aging and Long-Term Care

One of the main symptoms in Posttraumatic Stress Disorder (PTSD) is re-experiencing the trauma (APA, American Psychiatric Association, DSM-5 Task Force, 2013), and studies have mentioned the effects of re-experiencing symptoms immediately after traumatic instances. Also, adverse psychological reactions of a traumatic event that occurred many years ago have not been extensively examined in the literature. In this respect, whether the content or frame of reexperiencing trauma symptom groups have differed from others during long years is questioned. The aim of this study is to determine the nature of the re-experiencing symptoms among individuals experienced by a shaky traumatic event many years ago. The interviews were conducted with 61 Ahıska Turkish older adults, who had the experience of deportation and forced migration. The participants’ feelings, thoughts and experiences related to those events were recorded by a video. A total of 2204 re-experiencing memos were recorded by qualitative analysis of video recordings in MAXQDA12 (VERBI, 2015). Principal codes of these memos were re-experiencing events directly by self or witnessing others pain, showing physical reactions (heath breathing, sweating) when reexperiencing, shaking emotionally, reporting flashbacks, recollections of nightmares, and having intrusive memories often. Findings demonstrated that re-experiencing the trauma even long-time after the event are not different from other immediate reactions. Re-experiencing symptoms are discussed in the frame of PTSD theories with clinical implications for deported and forced-migrated individuals. Results reveal that deportation/forced migration experiences during childhood and adolescence have life-long trajectories among older adults. 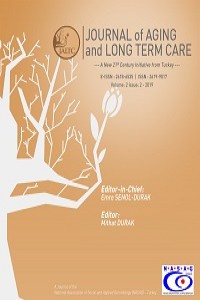