The Comparison of Structure of Existing Stable with Standards of Stable Requested in IPARD Program in Erzurum Central Districts, Turkey

Erzurum is one of the provinces in Turkey where the Instrument for Pre-Accession Assistance Rural Development (IPARD) program will be implemented in the first stage. In this study, we determined the status of the existing enterprises in Erzurum and measured their capacity to comply with the IPARD program in relation to the "Investments for Restructuring Agricultural Enterprises and Reaching Community Standards" measure. This was conducted in 33 barns in 11 villages in the central districts of Erzurum Province. The current situation of animal shelters in central districts of Erzurum province was compared with European Union (EU) standards required in animal shelters. In addition, rural development and the basis on which documents give directions in Turkey, IPARD, and IPARD measures related to the subject of study are given general information. It has been concluded that the existing animal shelters in Erzurum are generally far from the EU standards required within the scope of the IPARD program, and it is challenging for existing animal shelters to meet EU standards by modernizing them. Therefore, in Erzurum province, it will be appropriate for the livestock enterprises that want to take advantage of the IPARD program's “Investments for the Restructuring of Agricultural Enterprises and Reaching Community Standards” measure, instead of modernizing their existing shelters, which the Program allows, by building new animal shelters. In addition, the Agriculture and Rural Development Support Institution, which is the implementer of the IPARD program, should inform the enterprises wishing to benefit from the program to build new animal shelters. 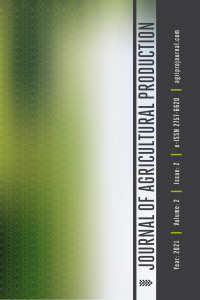