Combating the Menace of Fake News and Hoaxes in Nigeria for National Security: Intervention of the Information professionals

Misinformation and disinformation, popularly known as ‘fake news’ have assumed a disturbing dimension in recent times. Its damaging implications cut across every fiber of a people’s communal life; from politics to religion, from business to social life. Perhaps, the most pronounced area of concern over fake news, particularly in Nigeria is national security, which unarguably is, the greatest challenge of the country at the moment. National security is a sine qua non for economic development and the total wellbeing of a nation. This paper therefore adopted a conceptual framework to basically examine the implications of the menace of fake news for national security. Effort was made to x-ray the conceptual overview and historical evolution of fake news, the strategies for curbing fake news as a way of promoting national security and consequently national economic development. Tips on how to identify fake news were equally suggested. The paper submitted that, fake news is fueling electoral violence, ethno-religious conflicts, leadership mistrust, jungle justice, among others. Consequently, the paper recommends that, efforts must be made by all relevant stakeholders to ensure that Nigerians are sensitize to understand the dangers posed by fake news as it threatens not only the peace and security, but the very corporate existence of the country. 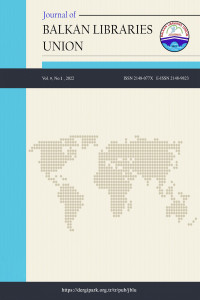