Value of “Helpfulness” in Children’s Magazines

Many different methods of acquisition of values are described in the previous studies. Some secondary resources may also be required when using these methods. Children's magazines, one of such helpful sources, should be given importance in this regard. Considering the ease of access to children's magazines and their interesting content, it can be said that their content has very significant effects on children. Their content is important in terms of the acquisition of values. The aim of this study is to analyse the content of children’s magazines in acquisition of values to children. Document analysis, one of the qualitative research methods, was used in the study. The sample of the study include four children’s magazine published in Turkey which have the highest circulation. With the “Value Assessment Form” that is developed by the authors, the value of helpfulness in the children’s magazines was analyzed by two different researchers using the content analysis method. The findings of the study indicate that the value of helpfulness is significantly covered in magazines analysed. The order of the children’s magazines in terms of containing the value of helpfulness is as follows: TRT Çocuk (TRT Children’s magazine), National Geographic Kids, Araştırmacı Çocuk (Researchers Kids) and Bilim Çocuk (Science Kids). In each issue of all magazines this value is found to be covered. 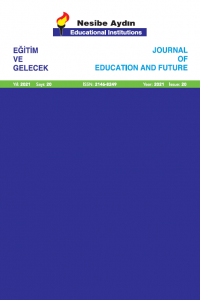