The Journal of Eurasia Sport Sciences and Medicine

In this study, between the years of 2005-2017, a content analysis was made on the postgraduate and doctoral theses related to the subject of service quality in the area of sports sciences, recorded in the database of Turkey National Thesis Center of Council of Higher Education and identified that it is accessible. 17 postgraduates and 7 doctoral theses, included in the scope of the study were examined according to “the university, in which it was done; publication year; concepts and words used in keywords; sector, in which the study was carried out; number of page; sort of study; study model, number of sample; sort of data collecting instruments; data analysis method; and sort and actuality of resources”. For this aim, MAXQDA qualitative data analysis program was utilized. As a result of the study, it was identified that the most theses were made in Gazi University; that at the postgraduate and doctoral level, sort of quantitative study was mostly preferred; that service quality was frequently used in the names and keywords of the theses; and that they were descriptive studies, mostly carried out by receiving the views of customers of sports businesses of private sector. In addition, it was found that scanning design was preferred in most of the postgraduate  and doctorate; that the surveys or Likert  type of scales were used in the theses; that in generalized sub-dimensions, quality of physical environment  was dominant; that the scale “An Instrument for Evaluating Service Quality of Health/Fitness Clubs (SQAS)” was used the most; that statistics t-test and variance analysis was mostly used; that it was worked on 500 and over samples; and that the actual and foreign resources were dominant. 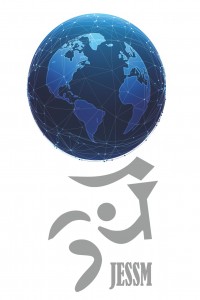