In this study, Corrosion resistance of the coatings obtained by electrochemical oxidation of pyrrole and aniline on the mild steel has been investigated in 0.1 M hydrochloric acid medium. It was aimed to increase the resistance of the coatings to corrosion by adding MoS2 to the coating solutions while covering the Polypyrrole (PPy) and polyaniline (PANI). PPy, PAN, MoS2 doped PPy and MoS2 doped PANI coatings on the electrodes produced from mild steel were obtained by the Cyclic Voltammetry method in 0,1 M H2C2O4 environment. The voltamograms were carried out at a scan rate 100 V / s from 0.0 V to 1.0 V with 15 scans. The corrosion resistance of the coatings in 0.1 M HCl medium was determined by Tafel Polarization method. Best results were determined in MoS2 doped PPy coatings. Later, PPy coatings, MoS2 added PAN coatings and PANI coatings were determined respectively. The addition of MoS2 to the coating solution increased the corrosion resistance in both coatings. Similar results were obtained in different environments in our previous studies. It is understood that MoS2 additive makes the coating surface impermeable and prevents deformation in the coating. 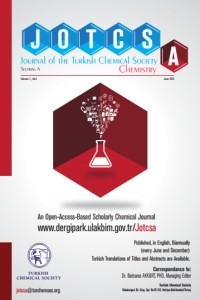