The paper argues that the region remains structurally weak, fragile, and right-wing radical, economic and political undervalued, with external anti-EU and NATO geopolitical entities' influence, organized crime solicitude, and the need for cooperation implements. The Balkan history is the building material of collective identities within the discourse of "our vs. their victims." The security and stability of Southeast Europe continue to be undermined by unresolved status issues. After the conflicts between the countries manifested in varying intensities fearing region by metaphor Balkanization as the final eschatological calamity, the Western Balkans entered into a post-conflict vacuum whose essential determination is a crisis. The division of B&H, Montenegro, Kosovo, and North Macedonia in bifurcation leads to the fact that the different concepts are being tested from the international political laboratories. Ethnopolitics pursue containment policies; "hybrid wars," radical right-wing movements, and historical revisionism affect the regional security paradigm. Ethnic-confessional nationalism is a concept opposite to Western nationalism; prevailing ideology in former Yugoslav states are legitimized by the majority denominations, influencing fragile security. The war and post-war illegitimate legacy is entrenched in most countries of the region, enabled by a political economy of crime and sociopolitical climate. Close broader cooperation is crucial to preventing trans-European criminal expansion and radicalization due to Balkan historical roots. The EU and NATO's affirmative action is required on Croatia's past and EU, and NATO membership misapply implementing its foreign policies, adjudicated by the International criminal court- ICTY. The regions' collective accession to the EU would encourage better regulation of ethnic relations, reduce organized crime and protect national minorities within a complete normative definition and a better human rights exercise. 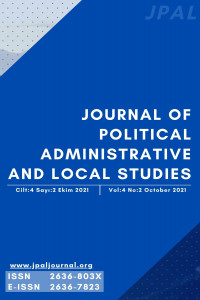