Journal Of Agriculture and Nature

Demographic Structure of Gorgonian (Anthozoa, Octocorallia, Holaxonia) Assemblages in the Bay of Saros

The aim of this study was to scientifically record the current status of gorgonian populations in Saros Bay, an important part within the Saros Specially Protected Area, and to provide data for future monitoring of changes. Twenty-five scuba dives were effectuated between 0– 40 m depth along southern, northern and three islands coast of the bay in order to determine the species and locate sites of highest density. Four sites that can be evaluated as gorgonian facies were determined and were quantitatively studied by transect or quadrat techniques. According to our results, the white gorgonian Eunicella singularis is distributed along the northern coasts, particularly around İbrice locality and has a density of 2-3 colonies.m-2 where colonies are densest. Both white and yellow (E. cavolini) gorgonians can be found along southern coasts. The white gorgonian has a density between 1-5 colonies.m-2 where densest, while the yellow gorgonian can reach around 10 colonies.m-2. The yellow gorgonian population has a symmetrical size frequency distribution and the abundance of large size classes is conspicuous, particularly in comparison to populations in the Western Mediterranean. However, small size classes are at low numbers, which might be a sign of limited recruitment. We observed high rates of unhealthy colonies in gorgonian populations of Saros Bay. This result is a great concern and might be related to nutrient and suspended particulate matter loads that seem to be increasing in the area. In the Eastern Mediterranean where gorgonian populations are rather scarce, Saros Bay, also a marine protected area, is an area of importance for gorgonians, therefore some conservation actions are recommended: waste and wastewater discharges in the basin need to be better managed; mooring buoys should be placed in order to prevent damages by anchors to gorgonians but also to Posidonia meadows; the protected area might be enlarged in a way to include northern populations and finally the marine protected area should be actively managed. 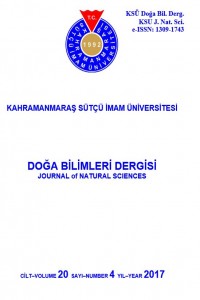