Assessing Views About the Nature of Science by Vignettes: The Case of Prospective Science Teachers

The present study aims to identify prospective science teachers’ opinions on the nature of science via a scale and short stories and the effectiveness of short story as a measurement instrument by comparing those ideas gathered in different ways. The study was conducted among 79 prospective science teachers within a multiple-case study. Though the NSKS and the eight vignettes created by the researcher, the participants’ views on the nature of science were identified and the use of vignettes as an assessment method was demonstrated. At the end of the analyses, it was determined that the participants’ opinions on the nature of science, which was measured via different methods, varied from each other. The scores of NSKS were generally higher than that of vignettes scores. According to the results obtained from qualitative data, participants have some misconceptions about the nature of science. Some suggestions have been made that may contribute to the field in the direction of the results obtained from the work. 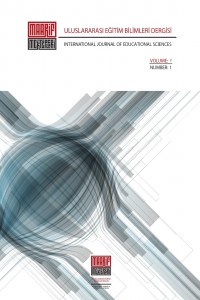