Ibn Acībe’s (d. 1224/1809) work named ed-Dureru’n-nāsire fī tavcīhi’l-kırāāti’l-mütevātire is one of the most important examples of the studies on the substantiating of the recitations in the 18th century. It is Ibn Acībe’s only work he wrote in the field of recitation. As it’s understood from its name, it contains the analysis of ensured recitations. In the three introductions of his work, he deals with some of the issues about the recitation of the Qur’ān and the science of recitation in general, exhibiting his knowledge and mastery in the field. Especially in the third introductory part, the issue of seven letters as the origin of varied Qur’ānic readings is discussed. While analyzing the reliable recitations, the words selected from each surah are evaluated in terms of iʿrab, isnad, meaning, and preference. The work also draws attention in terms of referring to the sources of guidance written in the historical process and the scholars whose views are used as reference. The fact that no academic study has been conducted on Ibn Acībe’s recitation has intrigued us to study this issue. In the study, Ibn Acībe’s views on the history of the discipline of recitation and substantiating of varied Qur’ānic readings will be evaluated. The author’s recitation aspect will be revealed in the context of the aforementioned work. 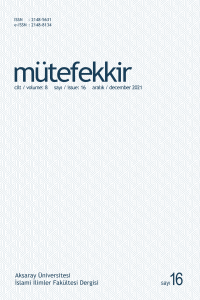