Blind mole rats (Nannospalax xanthodon Palmer, 1903) are subterranean mammals that are well-known for their high tolerance to hypoxia and resistance to cancer. Due to their unusual habitat, these animals have developed several adaptations during their evolution. Therefore, this study aimed to identify possible structural differences between different regions of the skin in Nannospalax as well as to characterize the histological organization of a specialized skin patch namely scrub sensory organ that have possibly arisen as a result of adaptation to underground life. Skin from the neck, nasal pad and the scrub sensory organ was harvested from wildtype blind mole rats and fixed in 10% formaldehyde. Tissues were embedded into paraffin and blocked via routine histological procedures. 5-micron sections were taken and stained with Hematoxylin & Eosin and Cresyl Violet. Histopathological analysis of the skin revealed that the nasal pad and the scrub sensory organ were significantly thicker compared to the neck skin. Skin epithelia was structurally normal, although it was thicker in the neck skin in comparison to others. We observed structures that are similar to pyramidal cells in the scrub sensory organ. In conclusion, we defined some histological properties of the scrub sensory organ in Nannospalax xanthodon for the first time in the literature. Specifically, the detection of structures that are similar to pyramidal cells is significant. These results indicate structural differences between different skin regions and suggest a role for the scrub sensory organ in somatosensation. 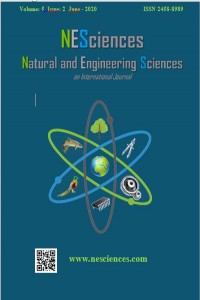 We welcome all your submissions