1. Risk In Iraq Banking System: An Evaluation On Share Values 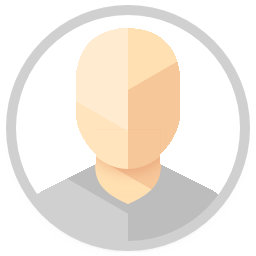 is an international and multidisciplinary journal for both invited and contributed peer-reviewed articles that complex systems and applications in social sciences at all levels. The journal publishes a broad range of papers covering theory and practice in order to facilitate future efforts of individuals and groups involved in the field.

, a peer-reviewed double-blind refereed journal, publishes original papers featuring innovative and practical technologies related to the design and development of complex systems in social sciences. Its coverage also includes papers on complex systems applications in areas researched within all areas of social sciences. and other fields of multidisciplinary researches such as economy and physics (econophysics), social applications of physics (sociophysics), the social design of engineering, sustainable finance systems,  etc.

In order to reach the highest level of quality, authors should comply with the rules set out in this template.

2. Preparation of the Manuscript

Articles containing incorrect, inaccurate or incomprehensible sentences shall be returned in writing to be arranged in the language.

The title of the article should be 18 pt in Times New Roman font, bold and the first letters shall be large, with a space of 1.5 lines left to the left, 18 pt before and 6 pt after.

The name (s) of the article author (s) should be given under the heading. Name (s) must be typed in Times New Roman 11 point, left justified, single line spacing followed by 6 point spacing.

Author (s) must be given under the institution address name (s). After the name, a number in the form of a superscript should be given before the name. The full mailing address must be entered in the address field along with the country name. Address (s) must be written in Times New Roman 9 point, italic, marginal, single line spacing.

There should be at least three key words. Key words should be written in Times New Roman 9 font size, left justified, single line spacing, 3 fonts in the beginning, 18 fonts in the end.

After summary and keywords, the title, abstract and keywords of the article should be given in English. The author (s) are responsible for their provision. The English title should be written in Times New Roman 14 pt., The first letters of the words should be large, left-justified, 1.5 lines.

Section headings should be typed in Times New Roman font size 12 pt., bold and the first letters shall be large, blanks to the left with a single line spacing, 12 pt. before and 6 pt. after.

The point must be used after chapter title numbers.

Times New Roman should be given 10 pt and bold in parentheses immediately after the English title of the chapter titles.

Subtitle headings should be typed in Times New Roman font size 11 pt, italic and only first letter big, left justified by single line spacing, 12 pt before and 6 pt after.

The dot must be used after the subsection heading numbers.

Sub-section headings should be given Times New Roman 10 point and italic in parentheses immediately after the English original title.

Each table should have a short and understandable title describing its content in the form of "Table X. Table title (English table title)". The title of the table should be understood without reference to the text. English title should be given in 8 pt in brackets immediately after the original title.

Tables should be used where data cannot be understood clearly, much digital information must be presented, or where relations can be expressed more meaningfully. Tables should be complementary, not copies of texts and figures. Tables should be simple and short. It would be more appropriate to place your tables into and out of single cells using the spreadsheet tool of your word processing program.

Figures should be prepared electronically and placed in the document. All details should be clearly readable and not on top of each other.

Figures should be placed within specified page boundaries. The indentation should not be used and the shape layout should not be adjusted to align with the text.

All forms in the text should be numbered sequentially and numbered using Arabic numerals.

Forms that do not fit in a single column should be centered on the entire page.

Figure 1. The caption of the figure

The equations should be placed on a separate line, left aligned and numbered. A blank line must be left before and after the equation.

Equation numbers should be placed in parentheses, starting from 1, in order and aligned to the right edge.

References and citations should be prepared in accordance with Harvard (Author, date) system (see Resources section). As an example, you can look at this quote (Surname1 and Surname2, 2013). All sources should be cited in the text. When quoting or preparing sources, any numbering in parentheses or without parentheses should not be used (Surname1 et al., 2010).

We hope that the information provided in this template will be useful in preparing your article.

You can write here if any, the people, institutions or supporters (you can specify support numbers and supporters) before the resources section.

If it exists, it should be written immediately after the resource section without going through the numbering and going to a new page

Q is a scientific, academic, peer-reviewed, quarterly and open-access online journal. The journal publishes two issues a year. The issuing months are June, and December. The publication languages of the Journal are English, German, French. Q aims to provide a research source for all practitioners, policy makers, professionals and researchers working in the area of economics, finance, accounting and auditing. The editor in chief of Q invites all manuscripts that cover theoretical and/or applied researches on topics related to the interest areas of the Journal. Q publishes academic research studies only.

Publishing articles in the journal of Q downloading and reading of articles are free of charge and also NO article processing and publishing charges. 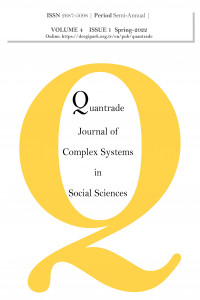 NOTICE: The names and email addresses entered in this journal site will be used exclusively for the stated purposes of this journal and will not be made available for any other purpose or to any other party.