Thanks to the new intelligence doctrine adopted by Turkey’s National Intelligence Agency (MIT) which is built upon a proactive and integrated approach, it is witnessed that MIT has become one of the main pillars of Turkey’s foreign and security architecture in the last decade. While Turkish foreign policy has been undergoing a constant transformation owing to the rising waves of insecurity in its’ region, seeing their reflections on the strategic environment of the Middle East and North Africa in the aftermath of 2011 Arab Spring; during this period MIT has become one of the leading actors, not only for providing solutions to avoid or mitigate the different security issues faced by Turkey but also offering opportunity, flexibility and a facilitatory role for Turkish diplomacy. Syria, Iraq, and Libya examples present the most tangible appearance and evidence of MIT’s decisiveness on Turkey’s security strategy implementation, the operational capacity to combat terrorism and intelligence diplomacy of itself, its persuasive role in Turkey’s back-channel diplomacy. Concerning the aforementioned developments, it is possible to put forth three driving factors in terms of exploring Turkey’s intelligence activism, in particular the MIT. The first one is the new dialogue mechanism between the intelligence and politics that MIT’s change and transformation in the 2000s originates. The second one is the unique intelligence reform designed peculiar to Turkey’s needs and demands which encompasses institutional, legal, technical, and financial regulations, and in this manner, the essential and functional role that Ankara qualified MIT during the process of Ankara’s foreign, security and defense policymaking and implementation. The third one is MIT’s strong and active role that can take initiative in Turkey’s new operational areas by virtue of the opportunities, skills, and abilities MIT has reached. 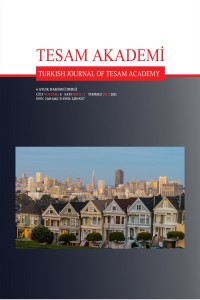