Comparative advertisements also known as disparaging advertisements are regulated for the purpose of ensuring that nobody should negatively portray or present the competitors goods, and services or image and reputation in the business world. Though trademarks serve the purpose of identifying, representing and also advertising the brand of the business, business world often aims to reach out to the consumer through audiovisual means such as advertisements. Audiovisual advertisements would attract and influence the consumers irrespective of their status. Probably advertisement is the best mode of representing the business and also in having great impact on the consumers mind on their franchise of goods and services. It has been observed in the business world that in advertisements alongside projecting the features of their goods and services, business enterprises are tending to negatively portray, wrongly project, unscientifically compare and comment on the goods and services of rival business. Such practices are not only anti-competitive but they also damage the good will and the reputation of the rival business by wrongly influencing the consumer and their choices. In such cases, there is a need to effectively implement the provisions of trademark law, competition law and consumer law to curb the menace of disparaging or comparative advertisements. This paper focuses on the regulation of comparative advertisements, the need for bringing in the effective interplay of the above-mentioned laws. It is felt that such interplay is essential for ensuring fair competition in the market, free choices to be made by the consumers and also for maintaining the brand reputation of the business enterprises for the greater benefit of the economy. 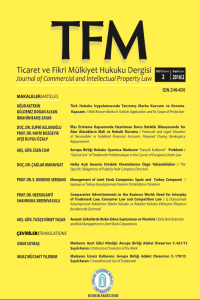