The Politics of Russian ‘Diaspora’: From Compatriots to a Russian World

Since the collapse of the Soviet Union in 1991 left twenty-five million ethnic Russians living outside the contemporary borders of the Russian Federation, the country’s ruling elite have undertaken increasing efforts over time to formulate policies on “compatriots”, regardless of whether this population has conceived of themselves as such. Drawing on political speeches, official policy documents, and scholarly literature, this paper seeks to illustrate how the Kremlin’s understanding of the boundaries and meaning of national identity has driven its diaspora politics. More precisely, I argue that the contextualization of Russian diaspora is constituted and constrained by the vision of national identity that the Kremlin endorses over other competing visions of Russian identity, since diaspora is primarily defined in reference to the nation. Moreover, my research highlights that the Russia’s interaction with Europe and the West plays a key role in the process of constituting its identity. This interaction, in turn, influences how the Russian authorities formulate diaspora policies in the former Soviet states. Finally, I suggest that the Kremlin’s instrumentalization of compatriots serves as a domestic goal by promoting national unity around a vision of national identity that it endorses. 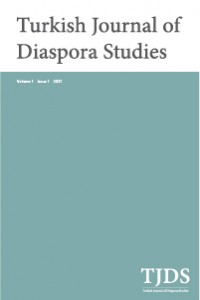