The Refugee as Ideological Capital

How does modern society look at the figure of the refugee today? Can we say that the refugee represents the victimhood that requires a humanitarian answer? Or does it represent an otherness that portrays a desperate desire for happiness that capitalism embodies? And what of the figure of the refugee as a product of ideological capital? The present article approaches the topic of the refugee from its inception, how it is viewed, and how the refugee has impacted the citizen’s image of itself via identity. It also looks at the use of modern policy, science, and psychology to dissect the anatomy of a typical refugee and also its use as an instrument to exclude. From the viewpoints of philosophy, psychoanalysis and cultural theory with authors such as Freud, Singer, and Baudrillard, this article attempts to grasp how the refugee inadvertently becomes part of the capitalist agenda for the happiness of all. 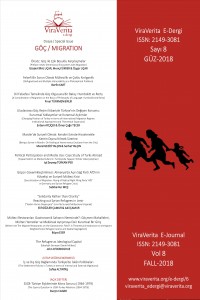