A bacterial strain from petroleum-contaminated soil in south-eastern Turkey was isolated and characterized to determine the potential of alkane hydrocarbon biodegradation. Phenotypic characteristics and the sequence analysis of the 16S rRNA gene revealed that the strain D9 is a member of the Delfitia genus and most similar to Delftia tsuruhatensis (100%). The optimum pH and temperature values for the growth of D. tsuruhatensis strain D9 were found to be 9.0-10.0 and 35°C, respectively. The strain was found to grow in some single, medium and long-chain hydrocarbons such as decane, hexadecane, and squalene, tested by short-time incubation in basal medium (BM) in the presence of 1% hydrocarbon concentrations under optimum conditions. After incubation for 3 days, 65% of the single hydrocarbon hexadecane was degraded by the D. tsuruhatensis strain D9, revealed by GC-MS analysis. The biodegradation of petroleum hydrocarbons by D. tsuruhatensis strain D9 isolated and characterized in the present study shows that it can be a good candidate in the bioremediation process. 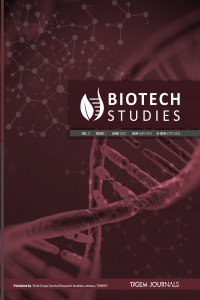