The aim of this study is to determine mathematical skills of 60-72 months old children attending preschool education and whether these skills make a significant difference in terms of gender, mother education, father education, number of siblings, duration of preschool education and socio-economic status of family. The research was designed with descriptive scanning model. The sample of the study consisted of 372 children, 60-72 months of age, who were randomly selected from each of official independent kindergartens of Ministry of National Education in Battalgazi and Yeşilyurt districts of Malatya in 2018-2019 academic year. Early Childhood Mathematics Education Content Standards Scale was used as data collection tool. The data obtained from data collection tool were analyzed by using Mann-Whitney U and Kruskal Wallis-H tests. As a result of research; It was found that mathematical skill levels of 60-72 months old children attending pre-school education institutions were above average. However, mathematical skill levels of children did not show a significant difference according to gender variable; it was found that the educational level of mother, father education status, number of siblings, pre-school education period and socio-economic level of the family were significantly different according to the variables. 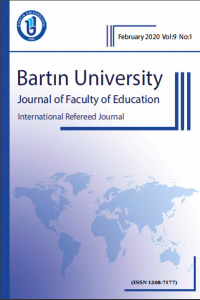