Evaluation of the “Viral Sovereignty” Claims of States Under International Law

Access to samples and genetic sequence data of virus pathogens is important for the production of medical tools to fight epidemics. While the genetic sequence data of pathogens can be obtained from scientific studies, states claim sovereignty over isolated biological samples of pathogens, based on the Convention on Biological Diversity (CBD) and the Nagoya Protocol, thereby limiting access to pathogens. This claim is known as “viral dominance” and is particularly made by developing countries. The claim is hinged on the fact that developing states cannot access medical devices using shared pathogen samples due to their high commercial value and low supply. This presents a challenge to international law as it exposes the difficulty in ensuring access to benefits from information sharing and presents obstacles in preventing threats of epidemics to humanity. This study examines the birth, historical development, and legal bases of states’ claims of “viral sovereignty.” These claims present a challenge to the international community as they question whether a fair system can be established to ensure equal access to pathogen samples and data. Current claims and existing regulations that regard pathogen samples as a natural resource in the international arena have dragged developing states, who cannot access vaccines, into a great legal dilemma. This study argues that the dilemma can be resolved by the establishment of an international treaty with broad participation under the leadership of the World Health Organization (WHO). In this treaty, the existing powers of the WHO should be increased, its institutional structure should be strengthened, and the normative bindingness of its decisions on states should be reconsidered. This will make it possible for international law to contribute to the fair sharing of vaccines and other medical benefits in the fight against epidemics.. 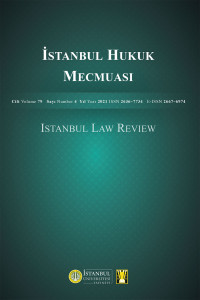