Malvaceae spp. leaves as a novel crop for food

Local wild plants are often used as a complementary food source for indigenous societies around the globe. However, domestication of such plants as new crops for food is facing serious challenges, so in fact only a handful of new crops were domesticated for commercial use in the last decades. Several Malva and Lavatera species (Family: Malvaceae) are ruderal, nitrophilic plants that very commonly dominate vegetation of field margins in Mediterranean agroecosystems. In Israel, those Malvaceae species - mainly M. nicaeensis All. and L. cretica L. - are commonly called “Hubeza” (Arabic: bread). Hubeza have an important role in the local cuisine. Traditionally, people are harvesting and eating the green leaves fresh, boiled or fried. The goal of this project is to test the potential of M. nicaeensis and L.cretica as a potential crop for human food. We hypothesize that the nutritional values of the Hubeza leaves, as well as biomass production, is competitive to spinach, as well as other green leaves which are available commercially, and used in similar fashion. To test our hypothesis we compared here nutritional values of wild Hubeza leaves to the nutritional values of other green leaves crops, in terms of, total N, P, K, Fe, Cu, and Na. We found that leaves of wild Malvaceae exhibited similar concentrations of nutrients as compared to commercial green leaves, cultivated in the field. Subsequently, we will examine agronomic aspects of M. nicaeensis and L.cretica cultivation, as well as additional nutritional aspects. The use of native plants for agriculture can increase biodiversity of agroecosystems, promote diversification of agriculture, and reduce agricultural inputs. The value of native plants, local production, and maintenance of agroecosystem biodiversity can reduce food millage, promote food diversity and agricultural resilience. 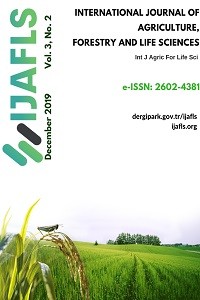