Non-adherence to treatment and hospital admissions are the common problems in severe mental disorders. To determine the contribution of community mental health center (CMHC) services to increased hospitalization rates of patients previously diagnosed with severe mental disorders such as schizophrenia spectrum and other psychotic disorders and bipolar disorders. 356 patients diagnosed with bipolar disorder, schizophrenia, schizoaffective disorder, and unspecified schizophrenia spectrum and other psychotic disorders in accordance with the DSM–5 criteria and treated in the CMHC on the south coast of Turkey were included in this retrospective study.The hospitalization records of the patients were examined over three different periods. First and second period: two divided years which patients had not yet received CMHC services before registration. Third period:  one-year, during which patients using CMHC services. A total of 356 patients were included in the study. SPSS 22.0 (IBM Corporation, Armonk, New York, United States) software was used in the analysis of variables. Normal distribution of data was assessed with the Shapiro–Wilk test.  The diagnosis of the participants in the study were 157 (44%) schizophrenia, 35 (9.8%) schizoaffective disorder, 102 (28.7%) bipolar disorder and 62 (17.4%) unspecified schizophrenia spectrum and other psychotic disorders. As a result of the hospitalization rates, there was a significant difference between three periods. The median number of hospitalization days during the first episod was calculated as 1.0 (mean 13.9), the second period 0.7 (mean 18.59) and third period 0.6 (mean 5.83), respectively.The rate of hospitalization was 32.9% in the first period, 42.4% in the second period and 12.9% in the third period. This study provides the new evidence regarding the ability of primary services offered in the community mental health centers. 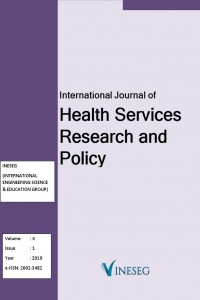