Waqf System: Comprative of In The Ottoman And In The West

The waqf institution is one of the basic institutions of the Ottoman, even the Islamic world. In the study, the foundation system, types of waqfs, establishment conditions were examined in detail. The gap between the waqf institution and the rich and the poor has decreased, employment has been provided, and resources from rich to poor have been reallocated. Public service has been provided through foundations, thus the state has been supported in this regard. The number of women who established waqf in the Ottoman Empire is also significant. In addition, non-Muslims have also established foundations, subject to certain conditions. In the West, trusts, corporations and foundation institutions are similar to waqfs. Foundation institutions have been examined and compared in the West and the Ottoman Empire. In the literature; Similarities have also been established between waqfs and the gift economy. In addition, the economic dimension of the waqfs have been examined. 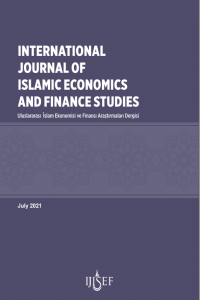