International Journal of Quality in Education

A RESEARCH ON THE RELATIONSHIP BETWEEN PSYCHOLOGICAL VULNERABILITIES, PSYCHOLOGICAL WELL-BEING, SOCIAL FAITH AND SATISFACTION LEVELS OF UNIVERSITY STUDENTS

In this study, some variables have analyzed the relationships between psychological vulnerability, psychological well-being, social trust and satisfaction levels of university students. The scope of the research consists of Bingol University students. However, its paradigm consists of 1500 students who are selected by random method from different faculties, departments and grade levels. 1348 applications are evaluated in this research. Three scales; named as “Psychological Vulnerability Scale”, “Psychological Well-being Scale”, “Social Trust and Satisfaction Level Scale” are applied in the frame of the study. The scales were filled in by communicating face to face with the students. The data obtained within the scope of the research, are analyzed through SPSS and AMOS statistical programs. While AMOS structural equation modeling is used in the impact measurement, on the other hand, SPSS Process Macro Analysis is used in the regulatory impact measurement. In addition, Confirmatory Factor Analysis, T-test and Anova analysis are used in measuring the meaningful difference. As a result of the Structural Equation Modelling (SEM), the effect of psychological vulnerability on psychological well-being in the variables between psychological vulnerability psychological well-being, social faith, and satisfaction levels of university students are tested as H0 hypothesis and the effect of psychological fragility on social trust and satisfaction as the H1 hypothesis, and it has been found a meaningful relationship between the two variables 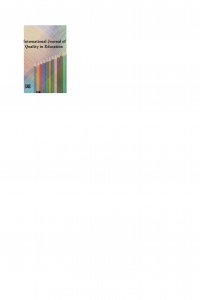