The so-called “New [German] Popliterature” (which has parallels with the “Beat Generation”) is regarded as a literary genre that is not clearly defined. Originating after the end of World War II, it experienced a renaissance in the 1990s. The work of Swiss writer Christian Kracht, whose debut novel Faserland (EN: Fatherland), published in 1995, led to a new turning point in the literary scene. Other works of New [German] Popliterature can be classified as such under certain categories. However, what about a New Popliterature in Turkey? Hakan Günday, who published his novel Kinyas ve Kayra eight years after Kracht, could be considered such a writer. In Turkey, Günday is often associated with so-called underground literature. This interesting term for a literary genre is not fully recognized yet, which is why a connection to pop literature, or better known from English as literature of the Beat Generation, appears here. In this article, the (western) characteristics of New Popliterature in Günday’s novel are examined using Kracht’s initial example. The article tries to determine whether Günday can be considered a pop literary writer and whether his work can be classified in this category. If the result can be verified, then it means that the western influence of New Popliterature would also have reached the Turkish literary scene. 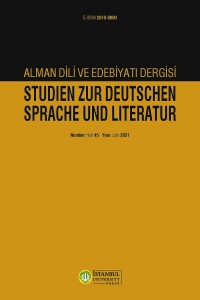