Urban Development and Cosmetic Applications In Tourism: Proposals for Turkey

Towards the end of the twentieth century, through the effect of globalization, cities experienced a great change. The distorted construction that emerged as a result of population growth has led to the disappearance of the aesthetic understanding and cities turning into concrete piles. City aesthetics emerge as a social need of our day that allows society to breathe, protect the values of the region, and make the complex structure of the city much more organized. This study is aimed to improve aesthetic practice recommendations that can be beneficial to Turkey. A conceptual perspective to city aesthetics has been developed. Examples in local and foreign literature on the subject of urban aesthetics have been examined. By analyzing the urban aesthetic perception in Turkey, it is observed that there are missing elements, and there are no certain standards, limitations, and regulations for it. When the constructions in other countries are analyzed, it is obvious that city aesthetics is an understanding that is improved within a certain plan. The city aesthetic phenomenon in Turkey can be improved with the proper planning and implementation, and it is understood that it can be audited with certain standards. 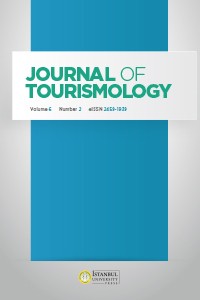