Effect of walking and waiting times on travel time

Real-time travel time estimation has nowadays been becoming increasingly important for advanced passenger information systems, traffic management systems, route guidance systems that are part of Intelligent Transportation Systems (ITS). The widespread use of ITSs around the world has increased access to large amounts of historical and real-time status data. The estimation of bus travel time attracts the attention of many researchers in the literature. The aim of this study is to develop a model for estimating public transport travel. It is seen that passenger waiting times are generally considered when bus travel time models are examined in the literature. This study, unlike other studies, the walking time of the passenger to the bus stops are taken into account. The proposed model is determined with five public transport routes data in the city of Isparta, Turkey. As a result, walking time appears to be effect for travel time. A simple regression model for travel time modeling is presented in the study. Results showed that It is better to include walking time to estimate travel times at least using simple regression models. 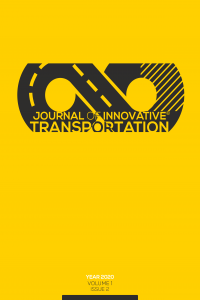