This article introduces and evaluates Trump’s National Security Strategy announced in December 2017. Although, the document accurately portray the area of conflict and competition in the world, it points out a risky strategic concept, realism, to purse. The most important message given by this national security strategy is that it puts the “realist thought” at the center of global policies that the US administration will follow. According to realism; it is normal process in the international environment, which always has a potential of conflict, the power struggle among states can easily turn into a war, if necessary to protect state’s existence and to ensure their interests and security. In fact, it is the attitude of the big states that determine the international structure, other states try to determine their position according to the power distribution. This aggressive global policy of the US comprises many risks that no country can stay away, including Turkey. President Trump highlights threats against the United States at the introduction part. Describing North Korea and Iran as tyrannical regimes, he explains that these countries are trying to develop nuclear weapons and threaten the whole world with their missiles. Saying that Russia and China are aggressively damaging US interests in a global dimension, he explain the determination of his administration to fight with them. The third part of the strategy, under the heading of protecting peace through force; it is described the ways how to renew the competitive advantages of the US, military defense industry, nuclear forces, space, cyber areas, intelligence. In the fourth chapter; In order to improve America's influence in the world, it aims at achieving better results in multilateral international settings by establishing new partnerships and efforts to override American values. In the fifth chapter, the strategies of the USA in the regional dimension (Indo-Pacific, Europe, Middle East, South and Central Asia, Western Hemisphere and Africa) are emphasized. In the document, it highlights the information (data), another important area of ​​competition, emphasizing that the race on the information accelerates the political, economic and military competition in the world. It has been determined that information, like energy, will shape American economic well-being and its strategic position in the world. 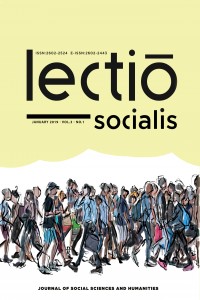